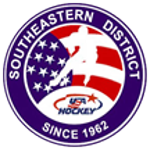 Based on feedback from membership and local association leadership, CAHA modified its Tryout, Tampering, Player Releases, and Outstanding Financial Obligations Bylaws. To help cover common scenarios faced by players, parents and coaches, CAHA, in conjunction with association leadership, developed a matrix covering those scenarios, how they should be handled, and the related bylaws individuals can reference to read about the Bylaws in detail.

The Matrix is not a substitute for the USA Hockey Annual Guide or the CAHA Bylaws. We hope you find these materials helpful should you have questions about Tryouts, Tampering, Player Releases or Outstanding Financial Obligations. If you do have any questions please discuss this with your local association.


The stability of team rosters during the season is encouraged, and the transfer of a player from one association team to another association team is strongly discouraged to assure roster integrity and prevent disruption to teams. Any Youth or Girls’ player transferring from Association to Association within the same season, is required to obtain a financial release letter signed by the President or the equivalent of his/her current Association.

An Association may not roster a player on any team, regardless of competitive level, who has a delinquent financial obligation to another Association, the Carolina Amateur Hockey Association, the Southeastern District, USA Hockey or any other USA Hockey Affiliate or District. All delinquent financial obligations must be properly reported under the requirements described in Bylaw 16.0 - Outstanding Financial Obligations or according to the bylaws, rules or regulations of the governing USA Hockey Affiliate or District.

A player approved on a team roster, seeking to roster and play on another team while maintaining membership on his/her current team, must secure: 1) written permission from the Association on whose active approved roster the player currently appears permitting the player to register with another Association or be rostered on another team at any competitive level, and 2) a letter of good financial standing. An Association or team may not engage in direct or indirect contact of any type with player, allow a player to tryout, practice or play in any games until written permission is granted from the current Association and a letter of good financial standing is obtained. Players that dual roster on youth and national bound high school teams shall be exempt from this requirement.

Any games played with a player prior to submitting a roster and financial release letter, (if required) or written permission from the player’s current Association accompanied by a letter of good financial standing to the Associate Registrar for approval, or games played with a player who has a delinquent financial obligation to another Association will be considered as playing with an "Improper Roster" and are subject to the Rules and Regulations of "Improper Rosters" [refer to 11.0 Registration (c)]. Sanctions to include forfeiture of all games played under the “Improper Roster” and referral of the Head Coach to the Disciplinary/Dispute Resolution Committee for appropriate action. Appropriate action for the Head Coach of the team using the "Improper Roster", knowingly or unknowingly, is a one game suspension for every game in which the "Improper Roster" was used. Repeat offenses shall be subject to additional discipline at the discretion of the Disciplinary/Dispute Resolution Committee.